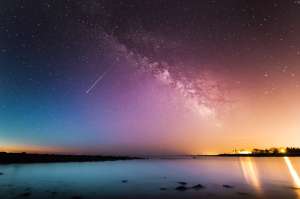 The goal of Musk’s Starlink is to bring high speed internet to all parts of the world without the need for being cable based. Currently 400 Australian households are part of the testing process, and the results so far appear to be more than substantial.

At present, Starlink has over 1,735 satellites in low earth orbit, although that number increases regularly as Space X launches dozens of new satellites every month on average. While there are satellite internet services available, the main issue is the distance from the high orbit of the satellites to the surface of the earth. That distance means high speed internet is not possible.

Elon Musk has solved this issue by employing low orbit satellites that reduces latency and allows for high-speed internet. This means that you can stream a 4K movie, play an online game, engage in a video call, or do anything else that cable based NBN provides. Plus, the added advantage that you do not need a wired connection makes Starlink a highly desirable service.

Where is Starlink Today with the high speed internet?

The overall goal is to put roughly 12,000 satellites in low-earth orbit. This means that once the goal is reached, you can receive high speed internet anywhere in the world, including Australia. This is the reason why Starlink is a revolution in internet service. You can take your device with you and connect from any location that has a satellite receiving dish.

Challenges ahead of full operation.

The biggest test for the Starlink system once it goes into full operation is the satellite dishes needed to receive the signal. Whether the dishes are strong enough to withstand the high winds and extreme temperatures remains to be seen, but at least the challenge is foreseeable at least.

Another challenge will be the installation of the dish. The Starlink dish will require a wide, unimpeded view of the sky. This may not be possible in some areas, especially urban ones next to tall structures. The cost will be relatively high at first as well. The dish is estimated to be at A$709 plus A$100 for shipping and handling. And the minimum monthly charge will be A$139 per month for unlimited internet access.

As Elon Musk has stated, Starlink is primarily designed for those who live away from cable-based systems such as NBN. Currently, the high-speed internet testing is being conducted in southern New South Wales and northern areas of Victoria which are primarily rural in nature. North America currently has more widespread coverage, but with the number of satellites increases regularly, the Sunshine Coast and the rest of Australia will soon follow.

In the meantime, contact the staff at Red Hot Telecommunications or call on the mobile 0439 461 588 for all your NBN, internet speed queries.