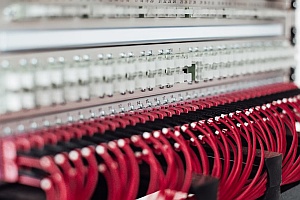 Improved internet speed & service is coming soon to nearly a million homes and businesses in the Sunshine Coast area. The NBN cabling install, which has faced some significant challenges over the past year.

It is now set to convert roughly 900,000 of its FTTN or Fibre to the Node connections to the more efficient FTTP or Fibre to the Premises. This upgrade will have a significant effect starting as soon as they are installed.

When it comes into effect, this will represent a sea-change for nearly a million people across Australia. Given the challenges National Broadband Network has faced so far, this is a significant advancement to ensure that all Australians have roughly equal access and internet speed.

What is FTTP and Internet Speeds?

FTTP represents a technological change and not just the connections themselves. The older FTTN system relied on getting the internet to nodes which was then distributed to homes and businesses on what may be inferior wiring.

FTTP represents a new way of delivering the internet that is less reliant on the type of wiring or system found in homes, businesses, and facilities.

The FTTP offers download speeds of up to 1GB. This is significantly faster compared to the old FTTN in which some homes and businesses had older, slower connections to the internet. The overall result will be that homes and businesses across Australia will see a general rise in internet speeds with the help of the structured cabling.

Who Will It Affect on the Sunshine Coast

The people who stand the most to gain are those living in the Northern Territory, the ACT, and in Tasmania. However, the effect is not limited to those regions as people across Australia and on the Sunshine Coast may still have the old FTTN system.

For some rural areas, mobile access may be the only viable solution if the National Broadband Network cabling does not reach their location. For those who have relied on their mobile devices in the cities and towns that do have NBN cabling, they may find that their wired services have improved thanks to the introduction of FTTP. At some point, the NBN installation will be complete with Australians enjoying vastly superior speed and reliability across the country.

The NBN cabling installers are now catching up to the considerable demands of creating a new internet network. What that means for residents of the Sunshine Coast is that those who live in suburban, and some rural areas should see a significant boost in download speed. This means that more Australians will have better internet service for their homes and businesses.

Red Hot Telecom are ready for your enquirers in regards to wiring of structured cabling for NBN services and Internet speed questions. Contact them on 0439 461 588.