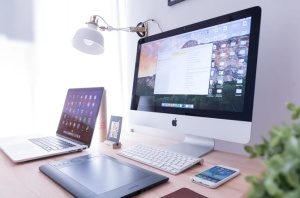 Sunshine Coast residents and businesses will get to enjoy the advances in internet structured cabling thanks to the start of the JGA-South fibre optic cabling system. A new landing station in Maroochydore is being built to become the connection between Queensland and the cable being constructed between Australia and Guam.

At 9600km, the cable itself represents yet another advance in enhancing internet and communication access in Australia. Plus, the landing station itself will be the only one on the east coast that is outside of Sydney. Red Hot Telecommunications are Approved Installers of communications cabling – structured cabling for domestic & small businesses.

The Queensland branch of this cable represents a $35 million investment by the Sunshine Coast Council along with the Queensland Government. The goal is to improve the connectivity from Australia to Asia and the United States by adding this important connection through Guam, a US territory. The cable is expected to be completed by the end of 2019 and it represents a major improvement in the structured data capabilities for Australia.

By delivering more than 36 Tbps (Terabytes Per Second), the cable will greatly improve the flow of information through the internet which means a significant boost for Australian businesses that have considerable data requirements. The economic impact will be significant as the establishment of the cable expects to bring 864 new jobs along with a $927 million boost to the economy of Queensland.

By increasing the speed and capacity of data flow from the Asia and the US to Australia and through Queensland, it makes areas such as the Sunshine Coast a more attractive place to set up business. The Queensland branch of the internet cabling with the landing station being constructed at Maroochydore will start reaping benefits around mid-2020 when the station and cable are completed.

Why Data Delivery is So Important

It takes more than simply being connected to the internet, it is the speed and data capacity that make it truly work for businesses and residents. The new cable represents a marked increase in the capacity of data coming in from the US and Asia that is delivered at a faster rate. This means that residents of the Sunshine Coast and Queensland receive the following benefits.

For some, the speed difference may not be all that noticeable, but for those who rely on internet cabling communication with companies from Asia and the US where much of the traffic is generated, the speed makes all the difference. This means that entrepreneurs and business owners looking to access overseas markets will have good reason to set up shop in the Sunshine Coast.

For Sunshine Coast business owners and residents, the flow of data over the internet will get a significant boost. This will in turn increase the economic possibilities in the region, starting with direct sources such as the landing station and Maroochydore. However, that is the tip of the iceberg when it comes to the economic potential that this new internet cabling system will develop. The speed is only as good as the cabling connections. Contact Brad at Red Hot Telecommunications.