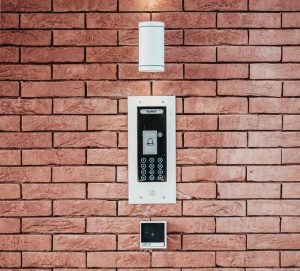 Amidst the ongoing debate about the best type of security, the set-up is preferred for residential or commercial locations, with wired and wireless Sunshine Coast security systems being the options being argued over, various points have been raised for and against the various options.

Of course, Wired security set-ups are the most preferred choice, with their unquestionable relative reliability and lower costs in the long run as wired security systems do not require battery changes ever so often compared to their wireless counterparts. Also, the signals transmitted between the parts of the wired security system is less likely to be obstructed by the structures in the house as is commonly found in wireless security systems.

Indeed, when building a new house, most civil engineers recommend that allowances be made for wired systems in such a way that the wiring is done alongside the construction of the building. However, when retrofitting a house, even though few people choose to re-use wired systems, due to its operation and dependability. The more comfortable and practicable choice is to use wireless systems for the redesign. As expected, wireless networks are more common these days due to the many advantages the tech-savvy can easily point out. The first of such points is usually the response speed you can get using the sensors of wireless sensors. Other points are the ease of installation and the cost of installation.

Nevertheless, the true winners of this debate are those who decide to use both systems. Doing this predictably provides greater flexibility with the benefits of using both the wired security systems and the wireless security systems individually.

What is the advantage of getting so many components? You might want to ask. Well, that is simple. By using hybrid security systems, we discovered that it is possible to have the best of both worlds in that you can get all the advantages that come with using a wireless system, while doing away with the disadvantages that usually come with by using a hardwired core for the security system.

On request, the specialists at Security Alarm Systems Sunshine Coast will forecast the best security technology will best serve for the structure or building in question. What’s more? The Technicians at Security Alarm Systems Sunshine Coast are so well versed in installation techniques that the result is always a neat work that is guaranteed to even add to the aesthetic appeal of the location.