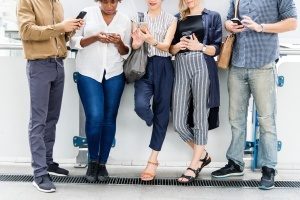 An internet industry body has stated that the speeds on the fixed wireless network of NBN Co. are “extremely variable” and thus not as favourable to measurement and reporting as fixed-line networks are. Broadband on the National Broadband Network is an issue on the Sunshine Coast.

Communications Alliance made these remarks responding to a proposal made by the Australian Competition and Consumer Commission (ACCC) that retail network providers should be more open with information concerning fixed wireless during sales.

Internet service providers are largely adopting the sales directive of the ACCC and disclosing average speeds for NBN services during busy hours.

However, this directive has led to strong rivalries amongst the retailers to perform best during busy hours.

Nonetheless, these guidelines affected fixed-line networks. Just a few retail service providers have exceeded this and released some kind of information for fixed wireless services also.

The ACCC put forward a plan in November last year for retail service providers to provide more comprehensive data concerning speed of connection and known overcrowding problems on fixed wireless networks as a component of the marketing procedure.

The telecoms industry, represented by the Communications Alliance, is the first body to comment publicly on this new ACCC policy.

The alliance has said that the “industry considers that the previously agreed upon principles in the guidance can be applied to services delivered over fixed wireless technology.”

Communications Alliance has made it plain that although industry is contemplating that the guidelines that were formerly agreed upon may be applicable to services provided via fixed wireless technology, that is not likely to work.

“Expanding the fixed line speed guidance to fixed wireless services is not appropriate. It will cause confusion for consumers, and possibly put RSPs in [an] impossible position,” it said.

The argument of Communications Alliance is that fixed wireless networks differ completely from fixed line platforms so much so that both cannot be gauged using the same methods.

The alliance says that the consumer experience on fixed wireless networks is also exceedingly inconstant, and so, no reasonably useful information would be obtained by the application of the concept of “typical peak period speeds.” This is essentially very different from what obtains on fixed line platforms.

Communications Alliance asserted that, “The cell a consumer is connected to, and the location of their residence in relation to that tower, will both significantly impact performance.”

Hence, the telecommunications body concluded that there are far too many variable factors that affect the speeds of consumers’ connections to fixed wireless networks during busy hours, and so any average busy hour speeds are more likely to be misleading to customers rather than providing any useful information.

It also concerns Communications Alliance that retail service providers might wind up bound due to the number of published information. It stated that the industry does not wish to “over-promise” on what fixed wireless could provide for consumers, based upon just a sample experience.

On the other hand, NBN Co. has been under duress to solve congestion problems on its fixed wireless service for the last one year, problems that consumers claim has produced a fraction of their desired results.

What the alliance has on its side is that the ACCC policy was prior to a key adjustment made by NBN Co. as to how fixed wireless network services would be marketed in subsequent times.

In keeping with a proposed plan solely revealed by iTnews last August, NBN Co. will end the sales of speed-tiered fixed wireless services, and rather provide a service focused on “best effort.”

This will free both the company and retail service providers of much of the pressure when customers no longer get anything near the benchmark speeds that they purchased.

At Red Hot Telecommunications we have been troubleshooting installations – NBN Sunshine Coast for years. Contact us for assistance.