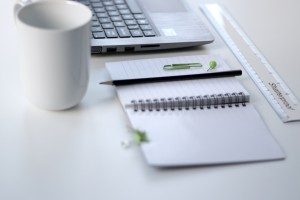 Being able to quickly and effective communicate domestically and internationally is an absolute must in today’s busy world, which means that powerful communications systems need to be put in place. The rather unique geographical location of Australia makes things a little tougher than it is in other parts of the world, but underwater electronic cables may well be the solution to that issue. It’s a communications method used in Sydney and a few other parts of the country, and now it appears as though the Sunshine Coast will be next in line to use this state of the art communications system.

There will soon be 5 of these undersea communications cables used in Australia, with Perth soon becoming the fifth on the list. The Sunshine Coast region is being expanded in a big, meaningful way, and that was why Communications Minister Malcolm Turnbull recently visited the area. He believes that the next big internet gateway could find a very suitable home in the Sunshine Coast, especially since Sydney is the only other East Coast location with access to this sort of technology. The underwater cables are used to connect voice and data to overseas markets, and is therefore a very important commodity.

View this You Tube explanation from Sunshine Coast Council

Part of the infrastructure needed for this project is already in place, as the cables used to connect the Sunshine Coast would be a spur from a line that already runs between Sydney and Guam. That is something that should certainly make the decision a whole lot easier, and it certainly seems as though all parties involved are very much on board with the idea. At the end of the day, though, the final decision as to whether or not this project will be given the green light will be in the hands of the Australia Communications and Media Authority (ACMA), who are currently said to be reviewing the application from the Sunshine Coast Council.

There are certainly some recent developments that will play in the favor of the council, as a number of new projects are going to make effective communication an absolute necessity. There is the addition of a new runway to the Sunshine Coast Airport in Marcoola to consider, as well as the Sunshine Coast University in Buderim and the soon to be opened Sunshine Coast University Hospital in Kawana. These are all reliant on communications in one way or another, and since they are a vital part of the region, it would seem that the undersea telecommunications cables would certainly help.

While the three aforementioned projects are all key in helping decide whether or not these cables come to the region, there is also a far reaching factor to consider. With those cables in place, businesses of all kinds will have a much better connection to international markets, which may well be enough to lure new business into the region. The economic boost that comes from having an internet gateway of this kind could be huge, which is why the Sunshine Coast Council is so keen to have the ACMA approve their application.